Ep 4: Do It Scared & Get Involved Onset with Actor Misha Molani

Are you interested in working in TV and film? Then this episode is for you! Misha Molani is an actor and comedian based in Los Angeles. When she’s not acting, Misha is an art coordinator on Orville. Misha is an excellent example of an actor that found a way to work onset in other areas. If you are interested in learning how to to get involved on set, then you’re going to love this episode.

Tune in on Apple Podcasts, Spotify, or wherever you listen to podcasts.

Misha is the daughter of Pakistani immigrants. Many members of her family are physicians and engineers, and for a time she thought she wanted to do that too. However she found that her passion was film and acting. She didn’t have any guidance: she didn’t know anything about the film industry and had to figure it out on her own. She hopes that those listening can gain some confidence that you can do it too!

How to Work Onset as an Art Coordinator

People are looking for dependable people, and it really is all about who you know. Getting started in the business, Misha didn’t have any industry contacts. She networked and politely pestered people until she landed a job as an art department PA on Brooklyn 99.

The art department builds the sets and creates the world of the project. An art coordinator is a technical job (rather than creative), and ensures that everything runs smoothly within the department. They make sure the art director and production designer have the tools they need in order to successfully execute their creative designs. The job includes paperwork, budgeting, and working with vendors while being involved in building the world.

There’s No Shame in a Day Job

Overtime Misha has realized there are many actors that do just this: They act on TV and then also have jobs on set. It’s not something to feel guilty about, and there’s no shame in having a day job! For her, the opportunity has been invaluable for getting real world experience and seeing what it’s actually like on set.

Start with asking: Who am I? Who do I want to be? What inspires me, and what about that can I embody? Lean into the things that make you you, and have confidence in that. Be curious and always be a student. Be willing to take a leap of faith and remember it doesn’t happen overnight.

It’s scary at first, but fear is always going to be there. At some point you have to get up and do it scared, and then one day you won’t be scared.

Tune in to this episode to hear the rest of our amazing conversation and how to get involved on set!

Mentioned in the Episode:

Stay Up to Date: 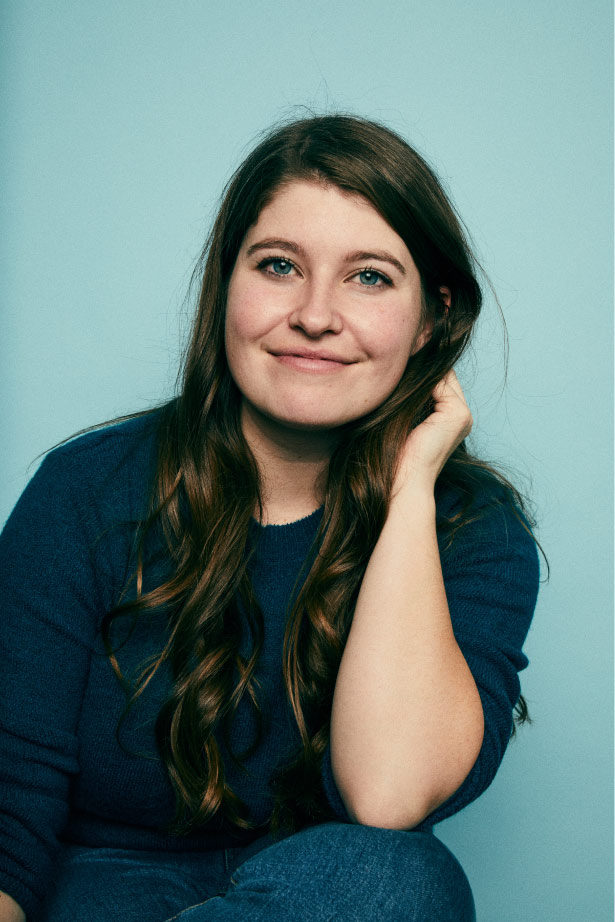 Hi there! I’m your host, Ari Johson (that’s airy like the air!) I’m so happy you’re here. Plot twist – I’m here because I don’t know the secret. So I started chatting with badass creatives including actors, directors, and film folks, to figure out how they did it – what their magic sauce to fulfillment is, and well, it got pretty interesting. So I thought I’d share it with you.

Love the show? Leave us a review!

Only You Can Be You with Kimia Behpoornia

Stop and Smell the Roses with Tracy Ip

Making the Jump with Podcaster and Entrepreneur AJ Joyce

Cinematography is More Than a Beautiful Image with Alyssa Brocato

Writing for TV with Lauren Moon

Taking Ownership of Your Dreams with Filmmaker Kelsey Fordham

Give Yourself Permission with Writer & Director Jennifer Cho Suhr

TV Development and Learning on the Job with Allegra Breedlove

Telling Your Story with Singer-Songwriter, Actor, and Writer Paige Bryan

Want to Stay Up to Date?